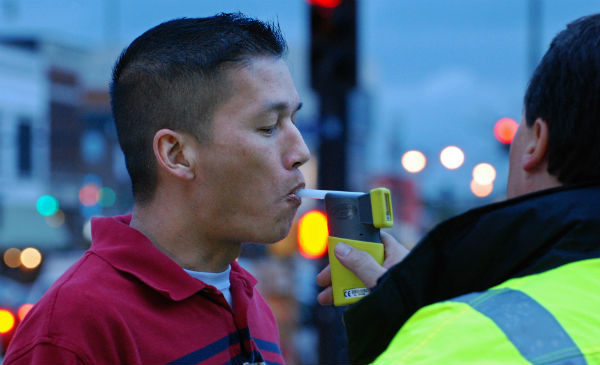 The current limit in England and Wales is 80 milligrammes per 100 millilitres of blood. Any driver caught with a blood-alcohol level above that would face an automatic ban from driving for 12 months, regardless of the circumstances. The law takes no account of whether someone was actually driving badly or whether they were driving the morning after or in other circumstances where they genuinely believed they were driving within the law - the offence is absolute. For most people, that means not driving after more than a couple of drinks.

In Scotland, however, the ban-happy SNP government reduced the legal limit to 50mg per 100ml in December 2014, and the claim now is that even having one pint of beer could be enough to put someone over the limit. The result is that people are shying away from drinking at all when they’re driving - or just not bothering to venture out to the pub. According to a survey in February, some bars have seen sales fall as much as 60 per cent. Even if the impact is considerably less than that overall, the new law has certainly had a detrimental impact on the hospitality industry - so much so that a Bank of Scotland report in April suggested it has been big enough to be noticeable in the overall health of the economy. Bank of Scotland’s chief economist, Donald McRae, noted: ‘Manufacturing exporters have been affected by the falling Euro, while services businesses in hospitality are seeing a changing pattern of spending resulting from the lowered alcohol limit while driving.’

Someone with a blood-alcohol level of 80mg per 100ml is not, by any sensible definition, ‘drunk’. Their driving will be impaired a little, increasing the relative risk of an accident, but their absolute risk of causing an accident, let alone a serious one, is still vanishingly small. Writer Christopher Snowdon notes that when you compare accident rates across different countries, a lower legal limit doesn’t seem to have much impact on accident rates. England and Switzerland, which have the higher legal limit, are below average for accidents while France, the model for Scotland’s lower limit, has significantly higher rates.

An automatic ban for being over the limit is also a heavy-handed way of dealing with the problem. Imposing mandatory sentences for any offence is a bad idea at the best of times, but to do so where no harm has occurred and the risk of such harm is trivial is even worse.

Reducing the legal limit on drinking and driving would only compound these problems. It would impose even more severe restrictions on the liberty of drivers to make a judgement about their own ability to drive and their freedom to have a drink. Bars will shut, and people will lose their jobs. Cheers!